It’s been nearly a year since the initial article announcing the release of Protocol’s Sir Robert Peel went up so it felt like it was time for a review. The Sir Robert Peel marks another police themed cigar from Bill Ives and Juan Cancel, owners of Cubariqueño Cigar Co. These themes are fitting for them being that both are now retired LEOs. Created at the La Zona factory in Esteli, the Protocol Sir Robert Peel comes in a 6”x52 box-pressed toro size and is offered in both a natural wrapper as well as the maduro.

The wrapper has a lovely dark brown color with just a hint of red to it. The seams are tight and most of them are difficult to find, there is some veining but not remarkable making this a smooth feeling cigar in general with a soft velvet like finish to it. The firmness is what you would anticipate from a boxed pressed style and adds the the overall handsome look to it.

From the body I get notes of wood, chocolate, spice and dried fruit from the foot. The cap cuts causing no damage to the construction. The cold draw is easy and gives flavors of cedar, earth and some chocolate.

The first half is loaded with a creamy, spiced flavors leaving me wondering how to accurately describe it. The best I can come up with is spiced butter you would spread on toast. (I know, I know, I try to stick to realistic flavors of tobacco when describing cigars, none of that fresh baked blueberry muffins with a dash of all spice shit, but in this case the butter reference is really the only way I can describe how smooth this smokes.) The smoke production is plentiful and the weight of it on the tongue adds the the over all creaminess feel of the smoke. The burn has a bit of wave to it but no need for a touch up.

In the second half the spices start to retreat a to the back and a decided cedar and earth note comes to the front. Thanks to the ample soft weighted smoke production the smoothness of this cigar remains for the duration. Since the draw is on the light side it makes it easy to get full pulls off of it filling the senses with flavor however, restraint has to be used not to plow right through it. The last have burns evenly and the ash holds tight.

You don’t have to be a detective to figure out that the Sir Robert Peel from Protocol is truly a great stick. This cigar comes in at what I feel is medium full in strength and lands between medium full to full in flavor which is right up my alley. While it might be a bit more than your novice smoker might go for I would say to stay away from it, after all how can you expand you’re palette if you don’t try something new. If you see this in your shop grab some and if you don’t see them in your shop ask them to bring them in.

Cubariqueño Cigar Co. announces the release of the Protocol Sir Robert Peel as a regular production release for the 2019 IPCPR trade show in Las Vegas. The Cigars will be offered in a natural & maduro format. The Protocol Sir Robert Peel is produced at Erik Espinosa’s La Zona Factory in Estelí, Nicaragua. The cigars will be available in a 6 x 52 box press format in boxes of 10. MSRP has been set at $119.50 per box. The blend incorporates an Ecuadorian Rosado wrapper covering Nicaraguan binder and fillers. The second blend utilizes the same filler but a Pennsylvania Broad Leaf wrapper. The cigar will become available nationally at the 2019 IPCPR located in Las Vegas. Sir Robert Peel is regarded as the father of modern day policing. Cubariqueño Cigar Co again pays homage to the profession of its owners Bill Ives & Juan Cancel who are police officers. We left no stone unturned for this release. Both cigars are smoking phenomenal and we took the packing up to the next level stated Juan Cancel. Cubariqueño Cigar Co. will again be partnered inside the Espinosa booth at the 2019 IPCPR Trade Show in Las Vegas, Nevada. 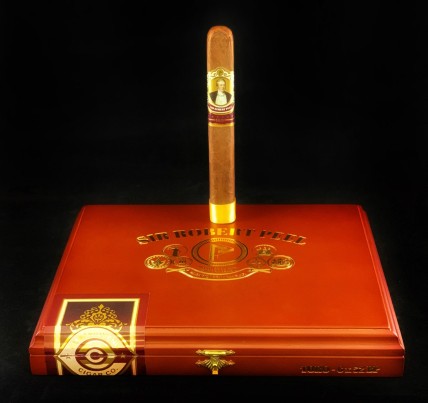